The stone built "Phaistos villas" group of residences is located on the south side of the traditional village Sivas in south Crete.

The historic village of some 400 inhabitants, mostly farmers, is 62km away from Heraklion and is built on the western slope of Asterousia mountain at an altitude of 110m looking over the valley of Messara and the beautiful blue of the south Crete sea.

The origin of the village’s name is somewhat unclear. It is most probably attributed to the Arabic word for water, "Siva", as there are sub-terranean water beds in the area, manifesting themselves in numerous water springs.

Sivas has retained its unique character throughout its long history as it is known to have existed as a settlement at least since 1000 AC. Today, life in the village goes by at a very relaxed pace. Visitors are greeted with traditional hospitality at the cafes and tavernas of the village square.

The location of the village is ideal for exploring the world famous sites of the area like the ancient palace of Phaistos as well as other places of interest like the archaeological sites of Gortyna and Agia Triada, the Greek monastery "Moni Odigitrias" and of course the beautiful beaches of Matala, Komos, Kalamaki, Kaloi Limenes, Agiofarago, Lentas, Agia Galini and Preveli.

Near the village, archaeologists unearthed circular tombs of the pre-palatial period (2600-2000 B.C). In 1958 a large collection of early Hellenistic coins was found. However, the collection was looted and only 36 coins were rescued and are currently on display at the Archaeological Museum of Heraklion.

The village itself has an interesting architectural character. In 1980 Sivas was declared a "listed traditional settlement site" by a decree of the Greek Ministry of Culture. 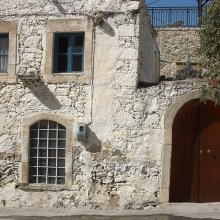 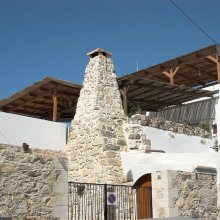 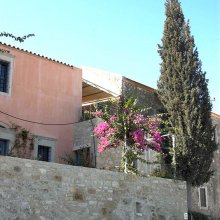 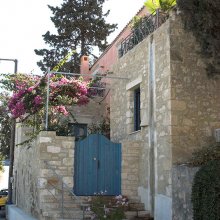 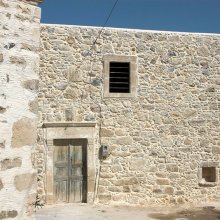 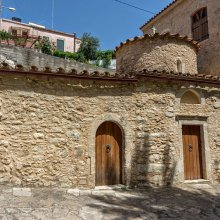 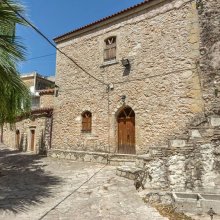